Saljey Rinpoche (1910-1991) was one of the most renowned meditators of the Kagyu lineage, a consummate yogi who spent half his life in retreat. Born in Nangchen, a remote region in Eastern Tibet, Saljey Rinpoche was recognized as a reincarnate lama by the 15th Karmapa, Khakhyap Dorje. After studying the classic texts of the Buddhist tradition at Palpung Monastery for a number of years, he spent extended periods practicing under the guidance of the 2nd Jamgon Kongtrul, Palpung Khyentse Rinpoche, Lama Tashi Tsering, and the previous Tai Situ Rinpoche, Pema Wangchok Gyalpo.

After receiving many precious teachings and transmissions, Saljey Rinpoche returned to his own monastery, Ripa Pagyo Gon, and entered a strict three-year retreat to put the teachings he had received into practice. After the Chinese invasion of Tibet, he made the journey over the Himalayan passes to the Kingdom of Sikkim (now a state in northeastern India), where the 16th Gyalwang Karmapa, Rangjung Rigpe Dorje, had settled with many other important Kagyu teachers. Saljey Rinpoche remained there, teaching many of the Kagyu lamas of today at Rumtek Monastery, until the 16th Karmapa passed away in 1981. He then moved on to Sherab Ling Monastery, the seat of Khenting Tai Situ Rinpoche in northern India, where he founded a three-year retreat center and continued to teach.

Saljey Rinpoche was a deeply learned scholar, especially on the subject of three of the most important texts of the lineage: the Profound Inner Reality, the Hevajra Tantra, and the Uttaratantra Shastra. He transmitted these and many other teachings to most of the prominent Kagyu lamas teaching today. Beyond his reputation as a scholar, however, Saljey Rinpoche was even better known for his deep meditative realization, born of the many years he spent in strict retreat, and for his mastery of Mahamudra and the Six Yogas of Naropa, two of the most profound practices of the Kagyu lineage. 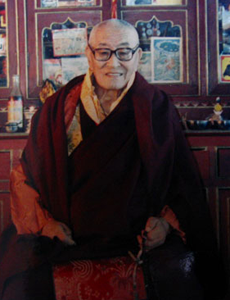 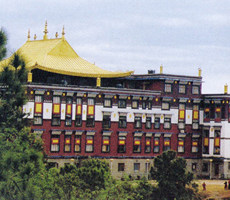