Mingyur Rinpoche’s aspiration is to make the profound study and practice traditions of the Tergar Lineage accessible to both Buddhists and non-Buddhists, including those with busy modern lifestyles, so that the teachings can benefit as many people as possible. Through years of exploration and refinement, he developed a model of meditation training that consists of three tracks:

To support the global community of students and practitioners who are following these tracks, Tergar has expanded beyond its roots in Tibet, Nepal, and India to develop centers and local practice groups around the world, all under the guidance of Mingyur Rinpoche, with the support of Tergar lamas, instructors, and local group leaders.

In 1999, Tai Situ Rinpoche asked Mingyur Rinpoche to build a new monastery in Bodhgaya and in 2000 he gave a suitable parcel of land to Mingyur Rinpoche for that purpose. Construction of Pal Tergar Rigdzin Khacho Shedrup Targye Ling was completed in 2006, and by 2010 around 300 monks from India, Nepal, and Tibet had come to study there. In keeping with the Tergar lineage’s emphasis on practice, even the youngest monks at the Bodhgaya monastery practice meditation daily. The traditional Buddhist curriculum has been modernized to include basic science and other conventional academic subjects. Tergar Bodhgaya also hosts the annual visits of the Gyalwang Karmapa during the Kagyu Monlam festival held every winter at the Mahabodhi Stupa in Bodhgaya.

Monastic education requires both study and practice, and as the Tergar monastery in Bodhgaya is geared mostly toward practice and not optimized for higher academic studies, Mingyur Rinpoche wished to establish a shedra (monastic college). His brother, Tsoknyi Rinpoche, generously offered him Ösel Ling, a monastery in Kathmandu, Nepal, for that purpose. Mingyur Rinpoche made several improvements to Ösel Ling and in 2010 it was reopened as Pal Tergar Ngedon Lungrik Osel Targye Ling. Around 80 students are currently enrolled in the shedra. Mingyur Rinpoche is planning to develop a program of academic studies and meditation for international students as well.

All of Tergar’s activities share the same goal: to help all sentient beings discover lasting happiness and freedom from suffering. 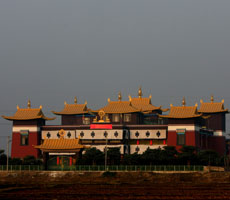 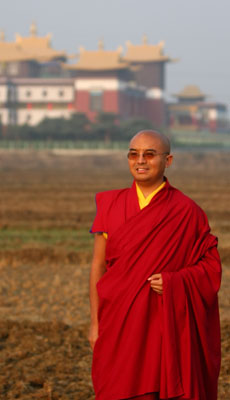 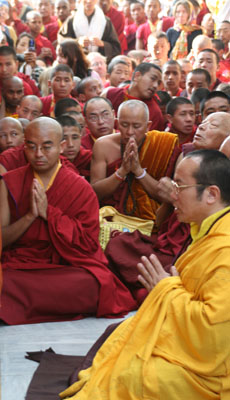