Ter is a Tibetan word for treasure, referring to the wisdom and methods that lead to the alleviation of suffering, the activation of our greatest potential, and ultimately to complete enlightenment. Gar means gathering and can connote bringing many people or elements together. So, Tergar can be understood as a place where people come together to find this sublime treasure, or as the coalescence of the causes and conditions enabling this transformational process of discovery.

The Tergar Lineage is a stream of spiritual teachings formed by the merging of two great tributaries — the Karma Kagyu lineage and the Nyingma lineage . A profound alchemy between the two traditions has occurred at many steps along the way, producing a fertile field of learning and practice that has attracted thousands of students from around the world.

Historically, the Karma Kagyu lineage was transmitted to successive incarnations of Mingyur Rinpoche primarily through the Karmapas (beginning with the 10th Karmapa) and Tai Situ Rinpoches (starting with the 8th), while the Nyingma lineage came both through terma (treasure teachings) and through interaction between various Nyingma and Kagyu masters. In this life, the 7th Mingyur Rinpoche received the Karma Kagyu transmissions primarily from Tai Situ Rinpoche and Saljey Rinpoche, and the Nyingma transmissions primarily from Tulku Urgyen Rinpoche and Nyoshul Khen Rinpoche.

The Tergar lineage of today draws on this rich history and adds to it the current Mingyur Rinpoche’s distinctive approach, incorporating modern presentations of the teachings to make them available and accessible to people of all backgrounds and beliefs.

Since the beginning, Tergar has been primarily a practice lineage. In the late 17th century, the first incarnation of Mingyur Rinpoche was an enlightened, wandering yogi who founded Tergar along with his two sons, both of whom were tulkus (reincarnate lamas). In the beginning, his students gathered in a camp (gar) and teachings were given in a tent. Eventually, they built a monastery (Tergar Rigdzin Kacholing) near Derge in the eastern Tibetan province of Kham.

As Mingyur Rinpoche had no worldly attachments, his sons looked after the monastery, leaving Mingyur Rinpoche free to spend much of his time spreading teachings that helped to revitalize the Kagyu tradition in Tibet, which had been waning due to political turmoil. The most significant of these termas were Dorje Drolo, Pema Benza, and the Union of Wisdom and Method Longevity Practice, which Mingyur Rinpoche transmitted to the 10th Karmapa, the 8th Tai Situ Rinpoche, and other lineage masters. All subsequent incarnations of the Karmapa and Tai Situ Rinpoche have continued to hold these transmissions.

Much of the rest of the early history of the Tergar lineage (including the biographies of the 2nd and 3rd Mingyur Rinpoches) has been lost due to the systematic destruction of Tibetan texts by the Chinese government.

Over the course of the 18th and 19th centuries, the first Tergar Monastery in Kham developed two retreat centers, a nunnery, and a small shedra (monastic college), effectively functioning as a branch of Tai Situ Rinpoche’s Palpung Monastery. There was also a satellite monastery called Namlong Gompa. Though relatively small, the Tergar centers offered good conditions for study and practice, and the 6th Mingyur Rinpoche guided over 100 monks and 60 nuns there.

When the 16th Karmapa and the young 12th Tai Situ Rinpoche left Tibet and went into exile, the 6th Mingyur Rinpoche joined them. Gase Rinpoche, the reincarnation of the first Mingyur Rinpoche’s eldest son, remained at Tergar to supervise, but he was jailed by the invading Chinese troops. The Chinese army looted everything worth taking and completely destroyed the buildings.

When Gase Rinpoche was released from prison in 1982, he worked with Pema Karpo Rinpoche (a devoted Tergar practitioner) to begin the arduous process of rebuilding the monastery. After overcoming many obstacles, they succeeded in constructing a small shrine room and one retreat center, and then bringing the community of practitioners back to life. There were only eight or nine monks at first, but others eventually started to find their way back. As monks began entering the retreat center and students returned in increasing numbers, the Tergar community in Tibet began to blossom.

The Evolution of the Tergar Lineage

Of the many factors that shaped the Tergar lineage since the late 17th century, one of the most important is the continual interaction between masters of the Kagyu and Nyingma schools, and especially the close relationship between the lineage of the Karmapas (on the Kagyu side) and the holders of Chokgyur Lingpa’s termas (on the Nyingma side).  The 14th Karmapa was one of the main recipients of these treasure teachings, having received the empowerments from Chokgyur Lingpa himself. Tulku Samten Gyatso (the grandson of Chokgyur Lingpa) offered the same transmission to the 15th Karmapa, Khakyab Dorje.

Tulku Urgyen Rinpoche (a lineage holder of many teaching transmissions who was Tulku Samten Gyatso’s nephew and the 7th Mingyur Rinpoche’s father) continued and expanded this tradition by exchanging many teachings and transmissions with Kagyu and Nyingma masters in the course of his life. Most notably, he gave the major transmissions of the Chokling Tersar to the 16th Karmapa, Rangjung Rigpe Dorje, and transmitted the Dzogchen Desum (the Three Sections of the Great Perfection) to the 16th Karmapa as well as Dudjom Rinpoche, Dilgo Khyentse Rinpoche, and numerous other lamas of the Kagyu and Nyingma lineages.

Among the four greater Kagyu schools, Tulku Urgyen’s family line was the main holder of the Barom Kagyu lineage, and the 15th Karmapa was one of his root lamas, which gave him a strong link to the Karma Kagyu lineage. In the Nyingma tradition, he held the complete teachings of the 19th century’s three great masters: Terchen Chokgyur Lingpa, Jamyang Khyentse Wangpo and Jamgön Kongtrul Lodrö Taye. He held an especially close transmission of the New Treasures of Chokgyur Lingpa, a compilation of all the empowerments, reading transmissions and instructions of Padmasambhava’s teachings, which were rediscovered by his great-grandfather, Terchen Chokgyur Lingpa. Tulku Urgyen Rinpoche passed this tradition on to many lamas, including the major regents of the Karma Kagyu lineage.

All of this exchange between the Kagyu and Nyingma lineages during Tulku Urgyen Rinpoche’s lifetime helped to create the profoundly rich environment into which his fourth son, the 7th (and current) Mingyur Rinpoche, was born. As a child, Mingyur Rinpoche saw his father teaching people from a great diversity of religious and secular backgrounds. Inspired by his father’s nonsectarian approach, he became very curious about what teachings and methods would be of greatest benefit to people from other cultures and backgrounds, and discussed these questions with some of his teachers, particularly his father and Saljey Rinpoche. He learned that there is a long tradition (dating back to ancient India) of teaching the essence of Buddhist philosophy meditation practices, such as mindfulness meditation and practices to develop loving-kindness and compassion, in an experiential manner that can easily be adapted for interested people of other faiths and cultural backgrounds. 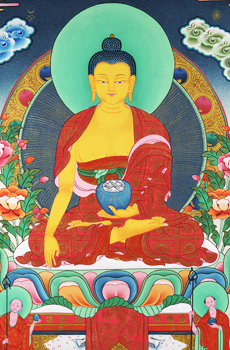 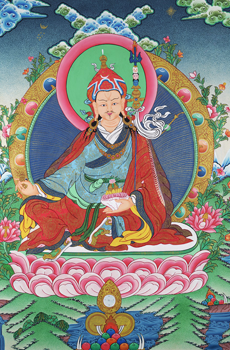 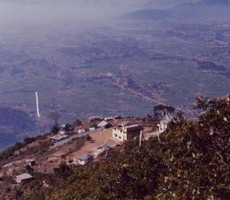 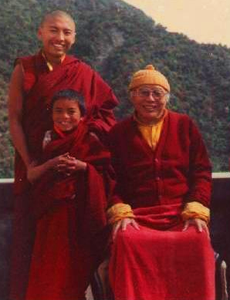 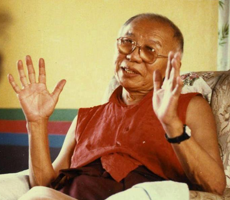 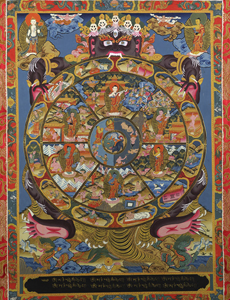